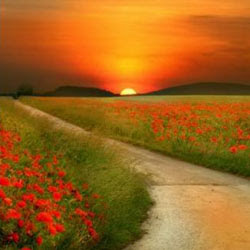 Whenever you desire an object, a situation, or a material acquisition, with your very first seed thought you birth the opposite.  Polarity is a two-lane street, a coming and going, a receiving and rejecting, a have and have not. While you are on earth, every thought has a counterpart that is birthed automatically.  With each thought of manifestation, we are immediately drawn into an internal/external confrontation with lack.  Everything within us, as well as our outside world reflects, mirrors and magnifies all the reasons that this manifestation cannot, will not, should not, be created!!

We wrestle the alligator of our primal earth consciousness to the ground.  Just long enough for us to birth what our humanness feels that it needs to manifest.  However, the alligator eventually gets lose.  Creating a thought and situation which ignites the greatest fear of loss. We have spent so many years beating ourselves up for the past and the pre-programmed genetic weakness of lack.

The planet Earth is a living breathing school of opposites and counterparts.  Each person, place or thing has an energy attached to it, which is a divine creation issued in the format of an opposite polarity.  Plenty goes hand in hand with not enough. Rich dances with poor.  Happy embraces sad.  Truth sits side by side with lies. And of course, the age-old polarity of Good/evil, Light/dark, Heaven/earth.

Mankind sequesters and guards their very own gods of polarity.  These polarity gods ride shotgun in the front seat with our dreams.  Everything holds equal parts of the opposite.  That is what makes earth such a glorious wondrous place!  Earth is a school for gods in training, a spiritual boot camp, and a master's retreat.  While you are on earth the foundation of who you think you are is stripped away to reveal who you truly are!  Everything that happens to you is a learning and a gift that is considered to be priceless by universal standards.

Learning to manifest what the god in one wants and desires is a spiritual conundrum.  To truly manifest and hold that manifestation in physical form you must come into union with the god within.  It is only from this original point of light, can you create at all.  All else is a magic trick, a slight of hand, an illusion of manifestation.