SanJAsKa and the Pleiadian Council of Nine: Begin Taking your Power Back 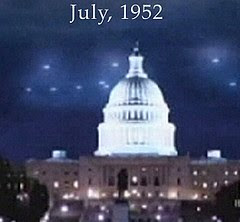 -Channeled through Wes Annac-
Every one of you is a Divine channel for the energies of the higher realms to come through, and we’ve always wished for you dear souls to know this.

We‘ve always wished for you to understand that you come from brimming higher dimensions, wherein the difficulty you experience on the Earth simply cannot exist.

We’ve worked with so very much of ourselves to help your collective to see the Light and to help every one of you find the individual awakenings that will spark your collective ascension and help every soul on your world find the realms of full consciousness, and we’ve remained in your skies helping to mitigate and neutralize the pollution manifested and fed.


We can only do so much in the avenue of cleansing humanity’s manifested pollution. In the time ahead when the collective vibrations allow for our presence to be made known on your world in a blatant and widespread manner, we’ll be passing the torch to humanity and teaching you how to utilize the technologies we’ve been utilizing, to completely heal your world altogether.

The technologies we possess can indeed help cleanse the Earth of every last bit of density and pollution still manifested and fed, but your collective freewill measures see us unable to intervene in your evolution in too bold of ways by utilizing such technology, as you’re meant to reap what you sew and to clean-up the mess that’s been made on your planet.

Humanity’s been led away from understanding the realms of full consciousness; from caring about your environment and the reality around you; and from finding your oneness with every soul on your Earth, and this has all been done to keep you held back as a species.

Those with mental intelligence yet blocked-off hearts have perceived themselves as greater than the majority of humanity, and have actively worked to keep you dear souls subdued and distracted with the darkness they’ve flaunted in front of you for so very long.

Our scribe requests clarification on the idea that higher-dimensional beings cannot discuss any topics that are of a darker-inclined nature, such as topics surrounding your cabals. We say that we’re indeed unable to come close to any density in terms of our ability (or desire) to feel the density ourselves.

However, we’re able to discuss such things and have routinely discussed various different manners that, were we actually experiencing them ourselves, we wouldn’t be able to handle without first being properly trained to handle even the general weight accompanying existing on your Earth in every moment.

We work to inform you from the perspective we’re blessed with having, as we’re able to see everything, in every moment. We’re able to utilize our technology, along with the Akashic Records, to see what the cabals are doing and to see what many of you dear souls who’ve become attached to our energies are doing.
We use such ability to help humanity along your growth back into the realms of full consciousness.
Having the vantage-point we do, we’re able to see when the cabals plan a devious deed and we work to see how much we can curtail or stop altogether, what they plan.

Even when we discuss the cabals and the souls who have been at the front of their operations, we do not see evil, dastardly or malevolent souls as many on Earth absorbing our communication do, and this is one main reason our vibrations don’t descend when we discuss them.

We don’t see dark, malevolent souls when we discuss them and the actions they’ve committed. We see lost souls who truly need the Light in exponential ways, yet block themselves away from the Light and from every facet of a heavenly and Lighted existence.


Love is all There is

These souls have actively sought-out darkness, and have fed service-to-self acts of extreme proportions. It’s for this reason that we are with you, helping you evolve while working to see that the pollution manifested and fed (largely by the cabals) doesn’t affect Life on your planet in widespread ways.

The cabals are souls of the Light, just as every one of you is, who have lost their way and have become entrenched in exponential darkness that’s seen them commit atrocities against others, which bring-about a heavy karmic burden for them.

We see all souls and all actions ultimately based in Love; even those that seem very far away from Love or seem to be anchored in the polar opposite of Love.
Love is truly all there is.

The darkness and hatred many of you witness are much, much more illusory than your collective has been led to believe, and we can feel that when humanity understands as a whole that Love and Light are meant to be fed rather than hate and disharmony, your world will find the peace so many in your past and present have worked so hard to see established.

Every soul around you is finding an awakening in their own way; it’s simply that such awakenings will not yet show until the rest of your collective begins to catch up to those of you paving the way for your collective ascension.

What we mean is that the awakenings taking place in the minds and hearts of those around you will take some time to be noticed in very blatant ways, and the catching-up on the part of your collective will see those around many of you begin to lighten and loosen-up as they begin to find the vibrations many of you are now traversing with grace and ease.


The Embodiment of the Divine Essence

Despite the ease in which you’re anchoring and assimilating the vibrations leading you ever-onward to the higher dimensions, we note the difficulty experienced in your physical Lives as you seek to hold the vibrations of the Divine, yet seem to meet with Earthly things that test your resolve.

We note the difficulty of being exposed to incredible darkness while attempting to hold the Light and spread it in every corner of your world and your personal experience, and we say that you’ve come fully-equipped to handle any challenges that come your way.

You are the embodiment of the Divine essence of our Creator and as such, no temporary pains or difficulties can ever hold you back from expressing your natural Light.
Nothing will ever stop you from re-finding the higher realms or from expressing the increasingly-pure perspectives you’re beginning to unlock, because you’re bred from a strength that’s stronger than any that’s been expressed on Earth.

Every one of you is imbued with the strength, knowledge, Love and sovereignty of our Creator, and we happily request for you to begin taking your power back.
You can take your power back spiritually by getting involved in your personal evolution, and by working to shine Light onto every last aspect of your experience that can be seen as dark.

Physically, you can arise by proclaiming your sovereignty from the tyranny that’s sought to run your world and keep you all enslaved and again, when we discuss tyranny, we don’t experience the dip in vibration some would perhaps expect.

We’re able to discuss the subjects we are, because our perceptive Light is meant to be shone onto such matters as we encourage you to actively seek awareness regarding them.

We don’t request you dip your vibrations in the name of becoming exposed to or yourselves exposing the actions of the cabals, but we encourage awareness of what they’ve attempted to do; as they’ve kept many souls on your world conditioned and unaware by spreading distraction, which breeds an unknowing of them and their actions.

As long as an Earthly soul is too distracted with their daily job, the culture around them and a media that strongly feeds such culture, they won’t understand the financial crimes that have been wrought upon your world.

They’ll be kept too conditioned to understand that tyranny has become commonplace even in your
developed countries, and they’ll seek only to feed-into the distracted, physical paradigm in every way they can. You dear souls are here to break the cycle of distraction, and your missions have been noble indeed.
You’re here to help uplift a collective that’s been lost and distracted and in doing so, you uplift the minds and hearts of every soul around you.

Every soul around you deserves the awakening they’ll find taking place within, and you who have awakened and actively sought the higher dimensions are already beginning to find payoff on your world, in the form of the Divine energies beginning to descend unto you now.

The intent of us and every other source from the higher realms, who speaks to humanity through scribes, is not to gear you up for changes we wish you to think we’re bringing-about solely.
Our aim is not to keep your hopes and expectations high for events that are never to manifest and rather, we seek to help you cultivate the changes needing to be made to your Earth, as we seek to help you come to find the spiritual “secrets” that have been hidden from you, in a widespread, collective manner.

In short, we seek to help your collective evolve.
While we’ve been on the “front lines” so to speak and have readied ourselves to make (recent) previous contacts with your world which didn’t come about; we’ve remained as active as ever in our assistance in your evolution, and we do indeed plan to make ourselves known in very bold and brazen ways.

We speak of mass landings that will display our presence to the entirety of humanity. We speak of active disclosures on the part of your governmental and militarily leaders of the cover-up of our existence, as well as that of the negatively-inclined beings who take factions in the Zeta race and others.

However; we don’t seek to deliver false information related to our disclosure, nor do we wish to keep any soul too distracted thinking about all that’s to manifest in your physical reality, to begin performing the work themselves.

We don’t seek to keep you subservient in the name of waiting for the changes to be made to your reality and to your bodies and spirits, but we encourage you to get active in such changes and to throw yourselves into your personal ascension and into the awakening of the collective.

We ask you to throw yourselves into the disclosure of our existence, if you feel particularly drawn to doing so. We ask you to find whatever aspect of the future you’re moving into that resonates with you the most, and begin working with as much of yourselves as possible to help in the ascension of your Earth.
You have so very much to offer to the Earth’s ascension and as such, your active involvement in every facet of such ascension will anchor an incredible amount of determination and inspiration unto your collective, which will be acted-upon by every soul on your dear Earth.

With the strength of the Creator by your side, there’s absolutely nothing you cannot do.
Every being in the higher dimensions has wished for you to see your innate strength and higher-dimensionality, as beyond all of the Earthly ventures you’ve experienced, you’ve remained the strong and pure conduit of Light you were when initially making your ways to the Earth.

As we make our final impressions for this communication, we say that no external source can take your power away and no attempted stealing of your ordained sovereignty can ever be successful. You are souls of the Light, and no temporary darkness will ever take that away from you.