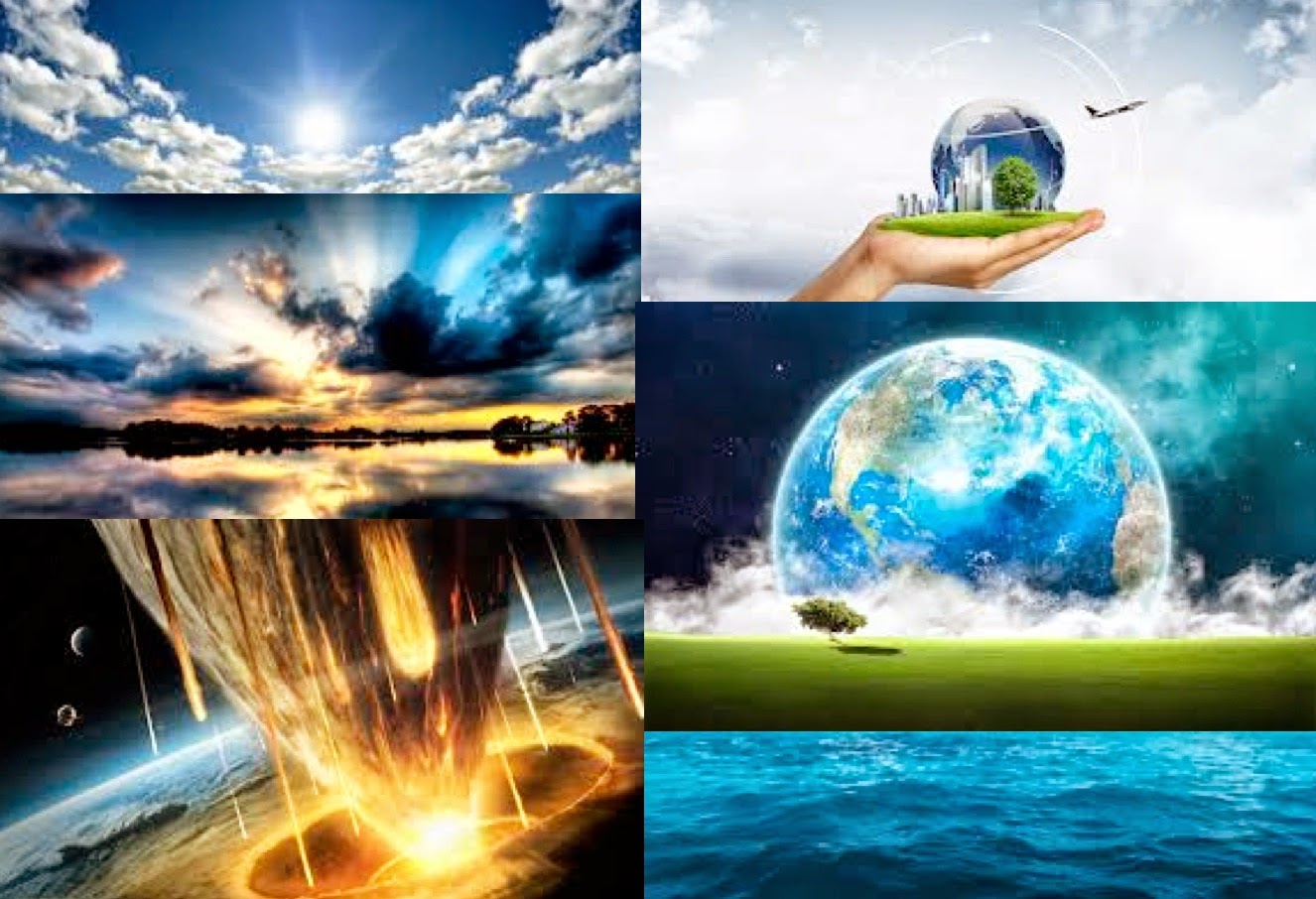 Dear Sanat Kumara,
I have never consciously communicated with you. However, I feel you have been within me for many years, in fact, since I was working with my first teacher in the 70’s. I think that you recently have called me, as I was led to read your wonderful story, which I must have read in the early 1990’s as that is when it was published.

Somehow your book, The Story of SANAT KUMARA, Training a Planetary Logos, channeled through Janet McClure jumped out at me from the lower shelf of my bookcase. I have been taking a LONG time to read it time, as NOW I understand how very important it is.

I had read the book many years ago and it was in my main bookshelf with my most cherished spiritual books. I literally heard a call from across the room and the book called me to look at it. Actually, you called me to remember YOU. Since that call I have been reading all about you and your experiences and the great service you gave to dear Gaia.

I now attempt to release the old buried emotions that have limited my means of organizing information so that I could more consciously receive your guidance. Assist me to relax into writing your message that you have been training me to hear.

SANAT KUMARA SPEAKS:
Beloved ONES, we speak through you as much as we speak to you. We come into your NOW to assist you to remember what you learned on Venus before you took your first incarnations on Earth. All of you in this HERE and NOW were among those who answered Gaia’s call at the fall of Atlantis. You were such beings of light that you needed to go to Venus to lower your frequency to one that could step into a form on Gaia’s gravely wounded planet.

It is not important whether or not you remember that journey. What we, Sanat Kumara, call into your remembrance NOW is the service you vowed to give. This service was to remember your SELF throughout myriad incarnations during the long dark night of the Kali Yuga, which you all did.

Life after life you tried to remember. Sometimes you could only remember as a child, but when you played on the Earth you assisted Gaia to remember. You see now that Gaia is a living being and capable of creating any form She pleases. You do not realize how much you helped Gaia by remembering your love for her planetary expression.

It was your love of Her planet that assisted Her to heal Her planetary body. As humanity fell deeper and deeper into their separation consciousness they perceived Gaia as a mass of rock that is just a thing. They were proud that they were no longer so “superstitious” that they thought of the planet as a living being.

Besides, if Gaia was a being, she was a female, and females were also treated very badly during the Kali Yuga. In fact, every person, place and thing was treated very poorly and much damage was done to the frequency of Gaia. However, your great light healed that darkness in ways that you were never aware.

Because you loved Gaia, Her land, Her sea, Her plants, animals, humans and atmosphere, you assisted Her to keep her planetary body alive. Now both people and planet have gone through many initiations, and you are both prepared to expand your awareness into your personal and planetary Lightbodies.

I Sanat Kumara, as well as the original 144,000 who came with me to Earth long ago, have returned. We are here NOW to assist our dear Gaia in Her reunification with the higher frequencies of Her Multidimensional Planetary SELF.

You are all aware of Gaia’s fourth dimensional plane, as you have often visited it in your dreams. Due to your sporadic flashes into Lightbody, many of you have also become aware of Gaia’s fifth-dimensional New Earth. This Earth is not actually “new.” It has always existed, but the members of Gaia’s planet have been pulled into their lower frequency expressions.

However, New Earth is by no means uninhabited. Many of the plants and animals that have become “extinct” have actually returned to their innate higher frequency of resonance. You will also be pleased to see that many cetaceans and “ascended humans” also reside on New Earth. However, I ask you not to leave your physical form, but to expand your consciousness back into the fifth dimension to connect with many of your ascended expressions of SELF.

Yes, dear humans, most of you have had at least several experiences of ascension, which is why you have been chosen among the myriad volunteers to assist Gaia. You will need to recover the memory of the sensation of transmuting beyond your 3D physical form, through your 4D astral form and into your 5D Lightbody.

In order to recover this memory you will need to release your attachment to third dimensional “modesty.” It is NOT immodest to remember your true, Multidimensional SELF. The difficulty will be releasing all the old limiting emotions and thoughts that bind you to your old manner of storing information. In order to remember your true self you must release the old concept of modesty which is a version of
“not good enough” to become the being who you have actually always been.

In other words, we are asking you to change your perceptions of what you have been taught to expect as ascension.

You will need to release your 3D habit, which you learned from many incarnations, of seeing, hearing, reading and/or sharing information through your third dimensional thoughts and emotions. Instead, you will need to intimately bond with all life in an experiential manner and allow each inhabitant of Gaia to communicate with you in its own manner.

You will begin this communication not by humanity’s habit of telling, but instead with your Lightbody’s habit of listening. As you deeply listen to the world around you, you will gradually remember how to communicate with all life. Manly of the “primitive” peoples have enjoyed this communication for ages, which they remembered from their Lemurian ancestors. As you learn to communicate with these members of Gaia’s ecosystem, you will regain your awareness of communicating with the Crystal Kingdom.

When you can communicate with the Crystal Ones, you will be ready to entrain your consciousness with the Core and Cornerstone Crystals so that you can work together to recalibrate Gaia’s baseline frequency of expression. She has been trapped in the illusion of the third/fourth dimension since the fall of Atlantis and is enthusiastic to return to the multidimensional light and unconditional love of Her true Multidimensional Planet.

However, before we speak further of our honored task, let us rejoice in the Oneness of Gaia’s transmutation. We see the feast laid out on the tables, the musicians ready to play and the flasks of Gaia’s purest water ready to be served. Therefore, I, Sanat Kumara say:
“Let the festivities begin!”

SANDY SPEAKS:
After Sanat Kumara spoke everyone was quiet for a few minutes, but as the music started and the food and drinks were served, everyone began laughing, talking and having a good time. Since time in Inner Earth is so different, I have no idea how long we ate, watched the amazing Lemurian dancers, then joined the dancers. It was as if what Sanat Kumara said was so immense that we all had to allow the information to sink into our consciousness.

The concept of listening to all life, earth, air, fire, water and ether was so beyond many of us that we almost ignored what he had said. However, Jason and I noticed that when we drank the wonderful Lemurian spring water, we thought of the water as a living being. Also, when we ate the fresh vegetables that were lovingly grown by the Lemurians, we took a moment to thank them for giving us their nutrition.

The fire on the many candles seemed to speak to us as it flickered, almost in rhythm to the music, and the air that was filled with music and joyous conversations seemed to glisten and sparkle all around us. Furthermore, being in the core of the Earth, we could feel with our every breath that even the ground on which we walked was alive.

As we began to listen to the earth, the air, the fire and the water, we began to see the etheric elemental who represented and lived within all the physical elements. However, our pondering of these sensations was soon lost in the marvelous conversations we were having with those around us. Lantern had introduced us to his friends, and we were invited to sit with them.

As we became increasingly involved with our new friends, we moved into the moment and almost forgot what Sanat Kumara had said. Once we entered the dance floor and our new Lemurian friends showed us some Lemurian dances, we were totally engulfed in the joy of that moment. Since time was difficult for us to measure without the rising and setting of a Sun, we had no idea how long we had been dancing when Lady Gaia stood and raised her hands.

As if by magic everyone in the room stopped what they were doing and focused their attention on Gaia. “Please return to your seats as Sanat Kumara has a closing message for you.” Everyone calmly returned to their seats to prepare for the honor of another transmission from the great Planetary Logos, Sanat Kumara.

“Beloved Ones of Earth,” said Sanat Kumara in a voice that went straight into our hearts, “I am joyous that you have all so deeply enjoyed our meeting. I wish to give you a message now so that you can discuss it with your new and lifelong friends. When this celebration concludes I am sending all of you, Lemurians and Atlantians included, up to the surface of Gaia’s great body.

“If needed, I will create a holographic form for those who need a body that will allow you to fit in with the topside area to which I am sending you. I will make sure that all of you have everything that is necessary to live in comfort for your year on Gaia’s surface. Within that year that you are topside, you will learn how to talk to all life. As I have said before, your learning to talk to life must begin by learning to listen.

“Begin with one element at a time, such as earth, then air, than fire, then water then ether. Please choose whatever order is best for you. Once you have learned to communicate with each element, add one more element at a time. Finally, you will remember how to listen, talk and communicate with all life. At this point, gather some personal crystals and establish a relationship with them, one-at-a-time.

“By the end of the year, which means nothing in the NOW of the ONE, you will return here and together we will calibrate the Core and Cornerstone crystals of Gaia. Are there any questions?”

The room was quite. How could any of us question the great Sanat Kumara? Jason and I looked at each other and silently held hands. We knew that whatever we did, we would do it together.

Gaia interrupted our moment of intimacy by saying, “Thank you my dear inhabitants. We turned our attention to Gaia as She continued, “Beloved Sanat Kumara and I take your silence as an agreement to fulfill this mission. We know that all of you will successfully fulfill your assigned task.

“We ask that you converse amongst yourselves, as this is to be a group endeavor. Then, please continue the festivities to complete your alliance in Unity Consciousness, which you will quickly expand into Planetary Consciousness.”
Geplaatst door Meline Lafont op 3:02:00 PM