In Prime Creator’s realm every being has an equal right to live – SaLuSa through Isabel Henn November 20, 2012 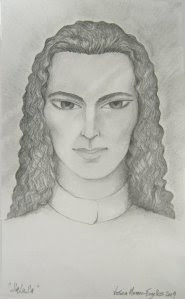 As has been said many times, the re-elected President Obama is a man of the light. His election could be made with great success despite some incidents and irregularities by the opponent. It will not be long and he can carry out his true mission: to lead humanity to freedom and to build together with them a new society on 5D Earth.

As a Sirian he has prepared himself for this on my mothership during many years before his incarnation. He has all the knowledge and skills for this rather demanding task. In his re-election, the light has won a great success. It has paved the way for Disclosure, the conversion of the world’s governments and a new unified currency. After Disclosure, an event which is to be expected shortly, programs will be broadcast by your media, to share the truth about the dark forces, your history and religions. Some of the programs will serve humanity to prepare furthermore for Ascension and to educate and teach people who just woke up.
Disclosure will bring also the first landings in regions that are receptive to us. Other landings are planned thereafter, but we don’t want to threaten or frighten anyone. The presence of our ships in your skies will increase strong after Disclosure, even more than before, almost as a habituation effect for you and the people who have been completely overlooked us so far (in this part he smiled).


The Middle East is under our sharp observation. The Galactic Federation has deployed a number of ships which will prevent an escalation. They send love and light to the ground to calm down the situation. I ask you also to include this region in your meditations and to flood it in your visualizations with pink colored light. This is the color of love, the same light that we send out – only with love this region can be pacified. Imagine how the aircrafts return to their bases, with all their arms and ammunition on board, as people lay down their weapons and reach out their hands to their brothers and sisters to see peace, as the leaders shake hands with each other for peace. Send your love into these images and together with your love into the region. Unconditional love and light are the strongest and at the same time most peaceful weapons that exist throughout the universe.

You are all Creator Gods in the making and can now manifest faster than ever before. Use your skills together in global meditations, or alone. Together we can bring lasting peace to a region that has for millennia been a theater of war. Something that was impossible for so long, is now within reach. We will prevent a third world war, this is divine decree, but it is equally important to restore quietude there. Neither side can deny others the right to live there. The land is intended for all people, not to a particular race or religion. This idea of ​​separation must be released in order to allow the idea of ​​unity.

I am SaLuSa from Sirius and envelope you in my love, which is so all-encompassing and infinite as Prime Creator’s love for his creation. Together, we can make love the dominant power in this crisis and war-torn country.

Copyright © Isabel Henn. It is allowed to share this message in its complete form without changes and when the author’s name and the link to the original site is given. http://sirianheaven.wordpress.com/
Geplaatst door Meline Lafont op 11:45:00 AM