Wes Annac ~ Who is Our Universal Family? – Part 2 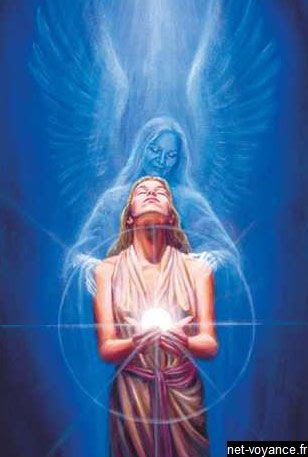 Written by Wes Annac, the Aquarius Paradigm, Continued from Part 1
I haven’t yet discussed channeling or channeled messages in depth, but they’re believed to be one potent way our Universal Family communicates with humanity.
As we expand our perception and begin to evolve, so does our ability to pick up on and bring through energy from the higher dimensions expand. We become able to maintain an active and fruitful link with the higher dimensions if we let ourselves believe such a link is real, and as a part of this process, some people will open up to what’s been called “channeling”.
“Channeling” is a term for connecting with an individual or collective of entities from the higher dimensions or the planes of nirvana and communicating with them. It’s believed that we can open up to the higher dimensions and specific individuals and collectives comprising our Universal Family as we open our heart and third eye chakras, though of course, we should focus on the development of every chakra.

Simply searching for channeled messages on the internet will render a host of results, and messages from our Universal Family have flooded the internet in the past decade. More people are opening up our UF and the messages and assistance they’ve been offering, and as this happens, more channels for them sprout up and offer continual messages.
An infinite amount of higher-dimensional souls are believed to comprise our Universal Family, and it’s interesting to think that they’re all fixated on our little planet because of the big collective evolution we’re experiencing.
Channeling can help you along your path of opening up to the higher dimensions, because our guides will help us through every lesson we experience and every challenge we’re presented with. They’ll also offer brimming insight about the higher dimensions and our evolution back into them.

Not Everyone Believes in Channeling

Despite my support for channeling and channeled messages, I should point out that some people don’t believe in their validity or credibility.
Some people think that only certain direct forms of channeling can be valid, while others think that the very idea of communicating with entities beyond our physical realm is too wild to possibly be true. Some have discredited channeling after witnessing predictions or similar ordeals that didn’t pan out, but personally, I recognize the necessity to bring about the future discussed in a host of channeled messages ourselves.
There’s a lot of stereotype surrounding channeling, and this is a big reason it isn’t credible to some. Some people believe channeling to be another new age “trend” that’ll ultimately fade away, despite the fact that it’s been practiced for centuries, and some see today’s channeled messages as little more than intuitive information sprinkled with fairy dust.
Of course, I exaggerate with the term above, but it almost adequately describes the belief in some that the level of love and joy expressed in many channelings discredit them rather than display that the source is on a higher vibration.
Personally – if I existed on a constant vibration of love, bliss and harmony, I’d express the resulting joy to whoever I communicated with. The “fairies and unicorns” connotations my expression could be given by others who are situated on a lower vibration and who don’t understand what it’s like to feel that level of love just wouldn’t matter to me.
So it may be with higher-dimensional sources, and while some people think channeled messages are a bit mushy, others have found genuine benefit, insight and growth because of them. I don’t think I’ll ever stop endorsing channels or our Universal Family, because they’ve helped me plentifully along my growth.

Of course, there are some pitfalls regarding channeling, and the biggest one is the possibility of connecting with an entity of lower consciousness or intent.
The best way you can avoid such a lower connection, beyond keeping your temple healthy and pure if you want to channel, is to make continual affirmations that only guides who are of the highest and purest Christed consciousness and intent be with you, at the time of channeling and at all times.
You can find an uninhibited connection with the higher realms if you can keep your vibration relatively high, and you can directly call on higher-dimensional guides to put a layer of protection over you that ensures only beings of a certain vibration can connect with and speak through you.
Affirming such a connection will keep you away from the influence of entities with lower intent; again, as long as your vibration is generally pure. As with any ability, it’s important to practice channeling if you feel particularly drawn to it. You may not bring through a brimming or flowing message at first, but if you stick with it, you could end up connecting fruitfully and channeling long communications.
Of course, the aim isn’t to channel a long message; it’s to connect with an entity of higher consciousness who you feel close with, or with your higher self as a whole, and bring through the guidance our Universal Family is starting to become known for.

Beyond the assistance with our evolution, some channeled messages discuss contemporary political/geopolitical matters unfolding on our planet.
Channeled entities can be very direct when discussing contemporary matters, and some people use channeling only for spiritual advice and insight while others seek the truth about various things happening politically, environmentally, etc. Perhaps an equal balance of discussion of the two aspects of our evolution is necessary, and some of the most know channels tend to employ such balance.
Continued in Part 3 soon.
Image: http://www.net-voyance.fr/images-voyance/channeling.jpg
About these ad
s
Geplaatst door Meline Lafont op 10:45:00 AM

Email ThisBlogThis!Share to TwitterShare to FacebookShare to Pinterest
Labels: december 2013, Uncategorized, Wes Annac, Who is our Universal Family