John Smallman ~Saul: To withhold forgiveness is like embracing cancer 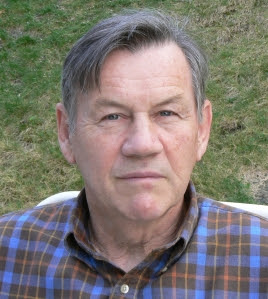 In the spiritual realms much has been transpiring as the new energies enveloping Earth have strengthened and intensified to assist in humanity’s imminent awakening.  Yes, it is imminent!  Much has been promised to you, and the moment for delivery is approaching rapidly.  Nevertheless there is much to do to complete the essential preparations prior to the arrival of this divine and long-awaited event, and every one of you has an important part to play.  It is largely about releasing judgment and embracing forgiveness, especially as your awareness of the misbehavior and betrayal perpetrated by those whom you have trusted grows in direct proportion to the number of whistle-blowers releasing previously hidden information about deceit and corruption in high places, and abuse of their positions by those holding them.


What has been done, in many cases, is quite unconscionable, but you are all divine beings, created in Love from Love, and you all chose to experience separation from your divine state.  The result has been great suffering.  There is no one embodied on Earth at this time in your evolution who, as Jesus tells us in the bible, “is without sin,” and therefore there is no one who is capable of making an honest, unbiased, and fair appraisal of anyone else’s behavior.  Judgment should be left to God because He judges everyone as sinless and sees only their divine perfection.

Unconditional forgiveness is the essential path to awakening, along with the peaceful containment and restraint of those who would continue, unless so contained, to abuse others.  Love, the Source-field in which creation occurs, accepts all, regardless of their sins, and by doing so dissolves the anger and resentment that leads people to sin.

“Sin” occurs when someone feels unloved, unaccepted, uncared-for, despised, inadequate, unworthy, shamed, or rejected.  It is a desperate call for attention, loving attention, that has been ignored or dismissed.  Everyone has at some time experienced that, and everyone knows what a wonderful sense of joy and comfort is experienced when unconditional acceptance replaces those unloving and fear-inducing conditions.  So everyone knows, deep within themselves, that unless they wholeheartedly embrace forgiveness and offer it unconditionally to all whom they believe have in any way offended or abused them they will continue to be devoured or eaten away by bitterness, resentment, and anger.

It is a vicious circle because those who hold on to bitterness, resentment, and anger are resisting Love, frequently believing that they are unlovable, and then often feeling driven to behave like those whom they find themselves unable to forgive.  To withhold forgiveness is like embracing cancer because it eats away at its host, preventing the experiences of happiness, joy, or contentment, and replacing them with an embittered but misplaced sense of satisfaction in the righteous refusal to forgive.  You have an expression “biting off your nose to spite your face,” which is quite appropriate here.

To become peaceful, to experience peace, it is essential to forgive, freely and unconditionally.  Many feel that this is impossible because they have been so abused, have suffered so severely, and believe that peace and contentment are only possible for them if they receive restitution and know that their abuser has been suitably punished.  But it does not work.  When justice has been delivered the pain remains, and the bitterness that the abuse aroused continues to grow. When the bitterness is encouraged and believed to be a right and a privilege onto which the victim can hold then no restitution is ever enough.  The complaint “no one can give me back what was taken away” is quite true.  But focusing on that violation of one’s personal sovereignty instead of releasing it means that life passes the victims by as they retain the memory of their violation as their most treasured possession.

Forgiving allows a person to move on, to re-engage with life, and to find solace and comfort where they possibly least expected to find it, namely, in the release of the extremely heavy burden that not forgiving entails.  By forgiving you release that unbearable emotional burden which can never be released in any other way. Support groups often aggravate the burden by encouraging undue amounts of introspection and discussion which can strengthen the sense of being wronged instead of lightening the load you are carrying, as is their purpose.  By forgiving you open your hearts to receive the abundance of Love that constantly enfolds you, waiting for you to accept It.  The lightness that you will experience as a consequence of truly forgiving someone who has hurt you will amaze you.

Forgiveness is a great healer and humanity needs healing.  Embrace it and enjoy the peace, the satisfaction, and the contentment — never mind the relief — that doing so allows and provides.