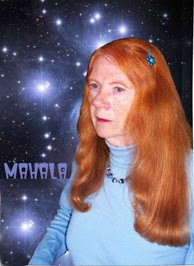 Happy Thanksgiving and Hanukkah
I would like to wish everyone in the United States a Happy Thanksgiving. Have a wonderful day of celebration. Hanukkah also starts the same day as Thanksgiving. Hanukkah is a Jewish celebration that is also called the Festival of Lights, or the Feast of Dedication. It is an eight day celebration commemorating the rededication of the Holy Temple (the second Temple) in Jerusalem. For those who celebrate this festival, may you manifest a wonderful holiday!
Thanksgiving is the one day of the year when people in the United States stop to give thanks for their blessings. Maybe it is time to start a new movement and give blessings every day. Maybe we could create an Attitude of Gratitude. Instead of complaining and being critical of people and things, let’s turn that energy around to one of gratitude. That might just change your life.