Judith Kusel ~ STARGATE OPENING: THE GREATEST EPOCH IN HUMAN HISTORY AND GATHERING TOGETHER OF TRIADS WITHIN SOUL GROUPS.

Source: http://judithkusel.wordpress.com/2014/09/26/stargate-opening-the-greatest-epoch-in-human-history-and-gathering-together-of-triads-within-soul-groups/
Mankind at certain times have always stood before immense epochs in their history, where the collective stood before the portals of the next dimensions and then had to either step through this portal, or were left behind.
Whether this was in the civilizations before Lemuria, and Atlantis of afterwards, there were always times when the higher paths, and the higher evolutionary states could have been reached, but then the self-destructive tendencies which haunted mankind since the first time, would re-emerge.


Therefore it has been declared that this time round this would not be allowed to happen.  It was declared that this time round enough Light workers would be activated who could step through those portals, and then bring in those necessary octaves of rising which would allow the New Earth to truly settle in, without outside interference.
A lot of souls therefore, who were highly evolved then volunteered to assist the planet through this new epoch and ensure the full anchoring in and blossoming of the New Golden Age.
The transition phase then has now begun – the phase when the old is making way for the new and therefore now the frequencies and vibrations of the planet are undergoing immense upgrades and with it the upgrading of mankind is simultaneously happening.
These upgrades have then come through the continued blasting of solar flares from the sun amplified by those from the Great Central Suns and therefore also from the Inner Sun of the inner world. Even more so, the Photon belt has moved in, and is helping to amplify the energy shifts even more.
As this moves the earth into much higher octaves of frequencies and vibrations,  this will affect all life and life forms.
It needs to be known that some call this ascension, but ascension means essentially that one switches from one octave of Being, into higher octaves of being, each octave consisting of 12 tiers of dimensional states, with the 13th the platform to obtain the keys and codes and the momentum to carry one through the next portal into the next octave of Being.
It is therefore imperative now to become aware of the soul and its higher role within this whole revamping of mankind.  As much as a soul is pure energy, it carries within it certain frequencies and vibrations which form the soul patterns, and vibrate at a certain tonal chords and soul colors.
When these then are amplified up to a certain level, the soul is then ready to step up in frequency and vibration, by starting to tap into ALL its other soul parts, and unite as one, and then step up even more to unite with its entire monad, or Soul Group, and then even more amplified.
Some Soul groups, form part of a greater Over-Soul group or Cluster, and these then form 144 000 of such soul groups within the central soul octaves = one could liken this to a type of confederation of soul groups who work in tandem or conjunction with each other and form part of an overall cosmic pattern within the greater framework of the cosmic creative Soul patterns.
It is therefore no accident that twin flames are being pulled together for immense higher service work at this time and this will be amplified in the next few months and years.  It is the call to step up in much higher service, and one which is truly there in selfless service and never to self-service.
It is also no accident that soul families are being pulled together, and those souls who have always worked together within the nucleus of special assignments.
For example:  Some of these nucleus not only includes the triads form within one soul, as of 12 to 13 flames, but also forms the nucleus of the triad within the triad within the triad.
This is the sacred triad on which the whole of creation is based:  Isis, Osiris, Horus.
These triads are considered immensely sacred and holy and have incarnated to bring about massive shifts in the octaves of consciousness on this planet.  They have been drawn together in the last few years, and will start working together; the twin flames within these triads now combine their sacred flames in total dedication to higher service.
The soul group most involved with this is the Illumined Ones, and they are the nucleus of souls who have immense service work to do here.
They work in tandem with the Loving Ones, and the Graces, and these in turn form a triad for these soul groups form a triad within the greater 144 000 soul groups.
It is then that all of these souls have to awake to that which is there deep inside of them and they have to work towards stepping up in service work and in higher soul activation and they hold collectively immensely important keys and codes which need to be used in those higher octaves of Being.
Again, no more so than the Illumined Ones, who hold the central keys and codes and are there is one group in particular who have taken upon themselves immense work in this regard.  It takes on the responsibility of leadership; it takes on the mantle of integrity and truth and absolute purity of intent.
It is therefore in general then that these souls will know if they fall into these categories for something deep inside of them will resonate with this.
The New Golden Age is the Age of SOUL-FUL living, and truly living from within the heart and soul.
It is imperative that a soul wakes up to their own soul self, and to its highest soul mission and purpose, if it has not already done so.
The more the soul is activated from deep within, the more the heart energies open up and the sun of the Heart is activated.  It in turn is activated by the Central Sun bringing in the higher octaves of frequencies, transmitted via the cosmic heart and into the earth heart and into the soul heart.  Again, here the Cosmic Heart, Earth heart and the human heart energy centers form a sacred triad.  Heed ye this!
The Golden Age has at its core heart the SUN – the heart-sun.
Awaken ye then to the immensity of the Epoch – the greatest Epoch in human history!
Such-like has never happened before and is bringing in mass rising in frequencies and vibrations such as this earth has never known!
(Judith Kusel)
(For soul and Twin-flame Soul readings information:  http://www.judith-kusel.com) 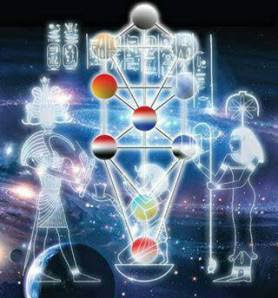