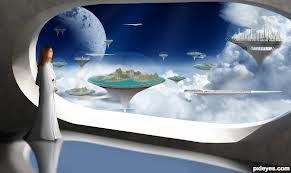 “For the Love of GAIA”, SaLuSa – 30 July 2013 by Multidimensional Ocean
Dear ones, we are so pleased to see your level  of consciousness rise incrementally from message to message. Your light shines far and strong, and it can be seen from many millions of galaxies. You are our emissaries to this quadrant of the Universe and you are strong representatives of the Galactic Federation and of ascended masters living on Earth. Your interactions with those around you bring light to many, even if you are not inclined to believe so immediately. However, you are contributing in raising the light, in an unquestionable manner. You are inspiring other lightworkers, whistle-blowers, and inspiring those around you to question their own belief system, and the entire set up and structure of a no longer functioning society.