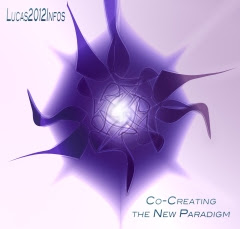 (The picture is specially made for my blog as logo.)
In several talks and observations it is being clear people  living in the moment of now are living in the experience of  the “In Between”. This is  the space everything is in flux and everything is and also isn’t . We are going through  mayor changes and it is difficult to see where you patterns, thoughts, dogmas, beliefs, concerns, past and future,  is all just there and also not.  So that is the space where the creative source of new creation comes from. We feel that things are  in a constant state of flux. Yes, a constant state of change. That means really seeing and experiencing the moment of now is the moment of now  and the next moment is a total new space of perceptions or views, feelings, etc,  than just (if we still use time as reference)  ‘a second ago’.


The complexity of knowing that all just is and isn’t  in any moment of time is breaking up the thoughts of manifestation of realities and constructs that made the all that is become a separation of all as an experience in  a  reality, a constant so to say.  The breaking up and reshuffling of the space that this ‘duality construct in polarities’ was, is bringing things back into flux and the state of where opposites are equals and just part of all that is.  We are already and always in the multidimensional zones that people give different names and grades.  If we acknowledge change to be always continuous happening we need to accept the reality of nothing being constant not in form nor in thought nor in concept.  A certain  reality or concept is also like these words just  a concept to explain things. Even when things by explaining in this moment may already be not valid anymore or the words are not sufficient to explain it at all.
Time is a construct that was made and does not exist in the state of flux. In all that is there is for every reality space to be as it is part of all that is. So nothing is right or wrong and all that is also just constant change and therefore variable. In wanting to create new paths, maybe we should look into also a variable within the new path. Opening up to the multidimensional self experience and being all that is is also seeing that things can exist and co-exist in One space at the same moment of now and are constant and variable at the same moment. The reshuffle of the already ended constant of  polarity conflict is what now takes place as a shift in being. We are also becoming again a  space of all that is and where things just are One. Space is emptied out and cleared like a computer cache to bring back the memory  to its clear state of all that is.
From that space of constant flux we can create our new reality of the new paradigm or 5D  (or whatever label you still give it)  in ways beyond your current imagination if we chose to.  We also can choose to be that space that is only flux and One or return to it always. We are all just One and never were separated from everything as we only lived a creation of a constant that was labelled as duality in a construct of  thought and form.  My observations show still people holding onto thought and manifesting  of a construct constant of the past or even return to the manifesting thought of that past construct.  The flux within is playing out  its reshuffling of space that is emptied out, a defragmentation, so to say.
Things come back to center to play as One, in being polarity without being polarity. This is difficult to grasp as it is just words that now are explaining something that you should experience and feel yourself or not or even can choose to ignore or not.  Not accepting change is a choice but it changes only your own perception of reality in a constant.  It has no room for the creative forces of the flux  to be or to grow into new experiences on other levels as that is what dimensional realities are.
We can create a new construct maybe in having  a non rigid idea and no laws of constants as we seen all is just constant and variable at the same time. Things should be just a theory or model that have the ability to change on the basis of the premise of change being continuous.  A fractal universe is maybe now the concept of theory but is it the new paradigm as we shift with earth and ourselves into a new space.  If change is the only constant or a repetitive force  there might be need for something that brings change beyond the fractal or repetition to be also breaking the constant in new constant variable.  So I say keep an open mind of change in every way it presents its self to you in the moment of now. As constants also may become a  variable in perception of the now.  This may shed an other light on things for you.  Happy reshuffle, happy flux.
Love and Light,
Lucas

Think also to support the blog during the summer. The funds are critically low so every bit that can help to keep things going are welcome. So even when you are abroad or having some rest and fun, the blog is still there for you!

You can find the donation button on the lucas2012infos blog’s main page or donate via PayPal  via lcspeciaaladres ( @ ) gmail. com put in also the reference:  lucas2012infos blog donation. Think also to donate to  those other truly inspiring websites and blogs, freely for you kept as lights on the firmament to help you on your journey with inspiration, knowledge and joy. In gratitude to you all. Lucas
(c) 2013 –  Copyright of Lucas, all writings of Lucas maybe published, re-blogged and posted only in full without altering anything with  thehttp://www.lucas2012Infos.wordpress.com  link  mentioned in the article with name of the author Lucas.
Geplaatst door Meline Lafont op 10:04:00 AM

Email ThisBlogThis!Share to TwitterShare to FacebookShare to Pinterest
Labels: in between, lucas, Uncategorized