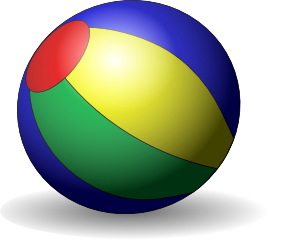 In my observations, that I  am always just also part of, I have been greeting the energies of change that are strongly coming in now. It is  making people choose between thoughts and actions presented to them in the now.  Are they about to  continue the old paths of separation in any form or are they chosing to be coming towards the middle and bringing about unification.  Yes, It is a layer by layer process that still needs to get done till the onion is pealed to its core.
There is only ONE ball so to say and it represents  all that is as it is in us and as reflected on the outside also. Still people seek the outside walls to bounce that ball of Oneness  ti bring it  into their separation fields.  As things are being  forwarded in the middle by all that is expressed from the One that we all are it will become experienced and perceived also as Oneness. Some people propagate still one to be only one if it is in their  separation chamber or corner. That is not becoming Unified or being One as it has conditions.


How can One become whole  in separation of all its parts that make up the one? The being part of all that is cannot be made undone by mind controlling, teaching or presenting facts of separation as true unity or the way to become whole.  Oneness is already inherent in all. Wholeness is re-integrating the taught and thought of parts of separation as a reality back into unity again.  This means getting all patterns, dogmas, beliefs, etc out of that space where it says you have polarities still opposing and fighting each other for being truly you and One with all.
See Oneness as two balls being in the same orbit around the one,  but still being in opposite to each other but living in complete harmony and peace. It means Oneness is that space where all is possible as it knows no conflict, borders or separation anymore.  The search for being One is not difficult if you can see what is dividing and separatist.  It does not say you will act or think immediately always from that space of Oneness as it is a process and learning curve for all.
You may defend yourself if attacked  intentionally but  you may also choose not to do that.  In any case being  harmed in any way with words, thoughts, vision or actions  expressed or by means of controlling you in any way is about separation.  This does not mean you may not clarify on things to be separation but often that will get into being perceived as having arguments or being in a fight when it is just a clarifying of the separation addressed. Just know, you always have the possibility to fix your perception or fix your  actions  and do things differently.  So be also compassionate and forgiving for those still choosing the path of (extreme) polarity.
Also be open to what others bring to your attention.  I personally think, even if it is difficult to operate in also for me, transparency and playing in the open is the only way to show the still (perceived) opposing force what your intent is and what you stand for. It is about giving people the option to join in on unity. We can sit together around the table if polarity is not seen anymore as a continuous fight but as just two sides of One that have become neutral and balanced out in that center space.
Lucas
Think also to support the blog during the summer. The funds are critically low so every bit that can help to keep things going are welcome. So even when you are abroad or having some rest and fun, the blog is still there for you!
You can find the donation button on the lucas2012infos blog’s main page or donate via PayPal  via lcspeciaaladres ( @ ) gmail. com put in also the reference:  lucas2012infos blog donation. Think also to donate to  those other truly inspiring websites and blogs, freely for you kept as lights on the firmament to help you on your journey with inspiration, knowledge and joy. In gratitude to you all. Lucas
(c) 2013 –  Copyright of Lucas, all writings of Lucas maybe published, re-blogged and posted only in full without altering anything with  thehttp://www.lucas2012Infos.wordpress.com  link  mentioned in the article with name of the author Lucas.