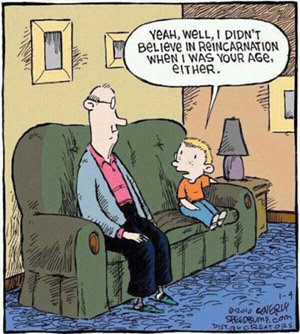 The following was written by Wes Annac for the eighty-sixth issue of The Aquarius Paradigm Weekly Newsletter,which is being offered for $11.11 a month. Income from the newsletter helps my family and I get by, and the option to subscribe will be given below.
To begin for this week, I’d like to talk about reincarnation. Some seekers might not think reincarnation’s very important to our evolutionary process, but the things we’ve been told about it by our discarnate fourth-dimensional sources are very interesting and worth our attention.
Even though we’re believed to be moving off of the reincarnation cycle, we might as well learn as much as we can about it and the endless other spiritual concepts we’ve been presented with. Why not deepen our understanding of reincarnation and anything else that might not seem important at first glance?
Thanks to the material we’ve been given, we have a clear understanding of reincarnation’s role in helping us resolve our karmic debts. Some of the fourth-dimensional souls who’ve spoken with humanity through mediums still have third-dimensional lives to experience, and when the body dies, our stay in the spirit realms can be temporary depending on our karma.
Some people choose to reincarnate after reaching the spirit realms and gaining a new perspective on the karmic debts they’ve occurred in life, whereas others automatically reincarnate if they just can’t handle the fourth dimension.

(1) Silver Birch, Teachings of Silver Birch. Wisdom from the World Beyond. Ed. A.W. Austen. London: Spiritualist Press, 1962; c1938, 48.
(2) Loc. cit.
(3) Robert Leichtman, The Psychic Perspective. Columbia: Ariel press, 1978, 242.
(4) Arthur Ford through Ruth Montgomery, medium. A World Beyond. New York: Fawcett Crest, 1971, 16.
(5) T.E. Lawrence through Jane Sherwood, medium, Post-Mortem Journal. Communications from T.E. Lawrence. London: Spearman, 1964, 89.
“In the early days of my work three communicators used my pen and of these ‘Scott’ was one. … Scott’s contributions were always recognizable for their vivid and tonic qualities and sometimes for the unconscious arrogance with which they were presented. …
“The riddle of ‘Scott’s’ identity [was] not difficult to guess. He is Colonel T.E. Lawrence. He first wrote for me in 1938 and from the beginning he used his own name. But as soon as any question of publication arise he demanded of me a promise to respect his anonymity. This promise I gave. …
“In process of time this reaction [to his own fame] decreased in power and almost disappeared as though he had at last become indifferent to his fame. In Post-Mortem Journal he has taken very little trouble to conceal his identity and I think we may conclude that it is no longer a matter of concern to him.” (Jane Sherwood, medium, PMJ, 10-2.)
(6) Ibid, 90.
(7) Julia [Julia T. Ames] through W.T. Stead, medium, After Death. A Personal Narrative. New York: George H. Doran, n.d.; c. 1914, 189.
(8) Loc. cit.
(9) Ibid, 190.
(10) Loc. cit.
Photo Credit
This concludes this week’s reincarnation discussion.
($11.11 a month subscription via PayPal. Credit and debit cards are accepted.)