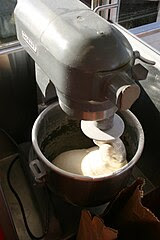 By Arge300exx
In Astrology  a lot is going on now. After the Equinox of 21st March and also an alignment of 3 planets around 15/16 april,  a Cardinal Grand Cross alignment of 13 degrees each of the 4 planets is happening at 23/24 April 2014.
As I already said our now is 2014 and it is the year major change will happen and shifts so to say. The building the new is in full swing but with its upheavals.  The swinging pendulum still has to come to the balance point in the inner self and will affect in that also what happens on the outside of you: the bigger picture.  Ongoing clearing and purging the inner-self with all the known effects like mood swings and emotions, feeling the ambiguity of feeling good one way and feeling bad, sad and fearful also the same time. It is about having still one foot in the old paradigm and one already in the new. It is a in between stage of being in transition as all is in a transition now.


What we will see the coming period is some real bad stuff coming out, lots exposed and revealed, people leaving body, wars and violence in some volatile areas, it is the play of the still wannabe power structures. We see structures and people who served purpose fading from the scene or having their energetic explosion so to say to clear them from the field of the new building.  All built on only old paradigm quick sands will sink. The major developments and changes will show in the financial and the (geo)political spectrum first. The balance will be found again after the energies  and the special 4 planetary alignment will take care of it.
The world will not be the same anymore for sure. There is no bad and good in this. It is all about bringing balance where it is needed and the getting rid of extremes. So next to those changes we see that a few real world problems will be taken care of also… it might be Fukushima or something like that. For sure uplifting for all  but it is still not yet about ascension as we are not all at the same finish line to jump together. It is more and more of us coming into their real original core being. The power within and the knowing of all that is. The hundred monkey effect if reached could make us leap. It is though up to us to make that happen or not.
Due to the changes and more people shifting frequency  into balance we are also  becoming more and more readied to work together as individuals. We need no more custodians, teachers, gurus, masters, controllers, priests, ministers, representatives, beliefs, and groups as that is all part of the old paradigm structure. We will see that progress will be made even in groups or  in temporary transitional structures. There is not ONE solution but many. It is just about doing it and making things for all happening from the heart source connection and with the right intent for all of humanity.  Hidden agendas, and  wanting still something out of it for your benefit or self-interest or wanting control as well as being the master and more like that is not going to be.
The change is what we all as individuals are going to make happen. It might be even with a little help of some transitional tools or structures. All this needs still to be just temporary and with the right intent and focus or it will not be allowed to be.We are all individual creator beings. The unity forms from our individual empowerment and knowing to be just all unique expressions of source. Let your heart and inner knowing guide you in this magnificent time and see  the world is really changing. Know it will as always be the unexpected that comes out of the mixture of ingredients put into it. We are now mixing and some things need time to rise but when it all gets backed it will solidify into its rightful place and will be just perfect for all.
Enjoy the ride…
I service to you all.
Love and Light,
Lucas
Already 11 days into the new month. If your able to share and care a little of structurally your welcomed to donate and  support this blog. You will find the donation button on  the front-page. Thanks in gratitude being a lightserver in service to all.
(c) 2014 –  Copyright of Lucas, all writings of Lucas maybe published, re-blogged and posted only in full without altering anything with  thehttp://www.lucas2012Infos.wordpress.com  link  mentioned in the article with name of the author Lucas.
Geplaatst door Meline Lafont op 11:21:00 AM

Email ThisBlogThis!Share to TwitterShare to FacebookShare to Pinterest
Labels: all in the mix, lucas, major changes upon us, March 2014, Uncategorized