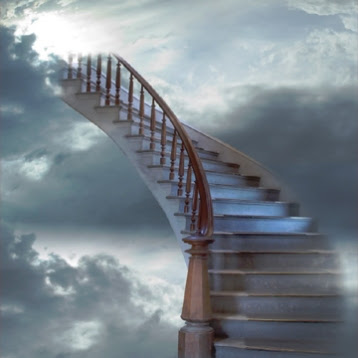 http://aquariusparadigm.com/2014/03/14/the-spirit-world-chronicles-every-transition-is-unique-part-24/
by Wes Annac, The Aquarius Paradigm
Continued from Part 1
Our guides in the etheric realms work very hard to help the recently ‘deceased’ become aware of what’s happened, and it can be a difficult job when the departed either assume they’re still alive or refuse to believe that death isn’t the end.
We’ll make it much easier, on ourselves and our guides, if we understand our eternal consciousness and decrease the effort they have to put in to awaken us when the time comes so they can put their focus on other matters of importance.


Monsignor Robert Hugh Benson tells us that recounting each unique transition would require volumes upon volumes of books.
“Circumstances diversify individual cases to such an extent that it would require many volumes to recount even a part of the experiences of others in the matter of arrival in the spirit world alone.” (1)
Every transition is planned in a way that respects the personality of the initiate, and no two experiences of death will ever be the same. This can also be said for our experience of life in general – no two people will ever experience life on earth the same way.
Even though we’re facets of Source who are intended to rediscover our interconnected nature and the importance of coming together, we’re also unique souls who each have a special story to tell. The average person is far more valuable than they realize, if for no other reason, than for their uniqueness.
Benson affirms what I said above, telling us that the variations between transitions are huge and that the help given in the spirit realms is strictly coordinated for each departed soul.
“There may appear to be a great similarity between one normal transition and another when viewed by earthly eyes, but from our point of view the variations are enormous. They are as great, in fact, as the variations in human personalities. What to the earthly beholder is the end of life is to us and the person chiefly concerned the beginning of a new one.” (2)
Spiritual life really begins with the death of the physical body, depending on each person and where they choose to go after death, and when the time comes, our friends in spirit will accommodate our unique personalities and help show us the way to our new lives.
Benson continues: “It is with the personality that we have to deal, and, according to the personality, to the knowledge or ignorance of spiritual matters of the passing soul, so is our especial task governed and our course of action regulated. In short, every ‘death’ is treated and served with strict regard to its essential requirements.” (3)
No stone is left unturned when it comes to helping a departed soul realize they’ve passed on, and even the sternest souls are eventually able to come to terms with their passing. As difficult as it could be to confront such a startling and probably confusing truth, initiates are given endless assistance with doing just that.
It’s probably easy to spiral into a denial-driven, depressed confusion when death initially takes place if it was feared all throughout life, but we have loving friends and family to lend a helping hand when our time comes to reach the other side again.
Gordon Burdick tells us that if more of us understood death’s benevolence, we wouldn’t fear or avoid it as much as we do.
“I feel sure if people were to know that the actual moment of passing is not even noticeable, the fear of death that haunts so many people would vanish.” (4)
If we could only understand that we have nothing to worry about, the heavy fear of what lies beyond would be replaced with the simple desire to enjoy ourselves while we’re here.
We don’t need to seek immortality, because we’re immortal by nature. Source created us, the individual extensions of its omnipotent consciousness, to experience endless life in lower spheres of existence until we were ready to merge back with it in a series of continual, blissful ascensions from dimension to dimension.
Our immorality goes beyond the limited life span of our physical bodies, and our consciousness will continue to live on and evolve until we’ve merged back with our infinite and all-loving creator.
F.W.H. Meyers tells us that death is usually met with care and tenderness instead of pain.
“Death is … a mere episode which we regard with a certain tenderness and not with any pain. … There is contained in it a time of stillness, of sinking gloriously into rest.” (5)
Rest is a big factor of a lot of people’s transitions, especially people who worked hard all their lives, and it probably feels good to relax for a while after a hectic physical existence. Resting after the body dies will enable us to emerge out into the etheric world with curiosity, which’ll blossom into enthusiasm to understand what it has for us.
The actual process of reaching the etheric is generally mild and initiated with care, because our friends beyond the veil won’t gain anything by startling or dazzling us when we initially pass on. Their minds are probably more on what they can do to comfort the recently deceased.
As John Scott tells us, when the body’s at the brink of death, the spirit gets its first glimpses of eternal life.
“They do not suffer, these people, in their passing. I think sometimes their friends suffer more, when they see the body writhing in apparent agony, while in reality the spirit is already tasting the first freedom from pain, or lies in a blessed insensibility.” (6)
As the body nears the end of life, the etheric body starts to regain strength and prepares to return home, and it must be a joy and a shock to realize that death isn’t the end.
At a certain point, we’ll cease to feel the pain the physical body feels as it readies itself to shut down and release the spirit to return to its original form. We’ll start to feel the blissful perception spirit has to offer, and for people who’ve expected death to be the end of life, it’s probably confusing but welcomed nonetheless.
If I didn’t know anything about death and suddenly passed on, I’d be pretty relieved to find that consciousness doesn’t end.
Continued in Part 3 tomorrow.