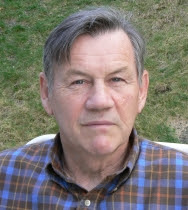 Humanity is on the verge of a major breakthrough in its awareness of energy. Apart from the relatively small percentage of the Earth’s population that is spiritually focused, humanity as a whole has remained unaware of the individual energy fields that have always enveloped and surrounded each human being. This is about to change.
The new intense field of divine energy into which planet Earth moved on December 22nd 2012 has been touching and influencing every human since that date.  The effect of this is becoming apparent as people, who before now were always dismissive of anything that suggested that there was more to existence than could be known through the body’s senses and intelligent intellectual reasoning, suddenly start taking an interest in the possibility that there is more to life than they had believed, that maybe there is life after death, and that life could exist without a physical form.


It is very difficult for anyone with firmly grounded beliefs on the subject, supposedly confirmed by scholarly scientific research, to accept the possibility that those beliefs were wrong, unfounded, and are in fact being disproved.  Their opening to the possibility that a spiritual reality, of which they were unaware, could actually exist is shocking and amazing them.  And yet, they are now finding themselves taking a keen interest in the idea.
Previously, they would have dismissed it out of hand – denial is the best form of defense!  Now, however, the new energies are having a tremendous influence on their individual energy fields — energy fields of which they either had no knowledge, chose not to acknowledge, or to which they gave only reluctant acceptance, considering them merely adjuncts of the general chemical activities occurring in the body and that cease at the moment of physical death.
The result of this growing interest in exploring the field of spirituality is an explosion of awareness that humanity is responsible for its attitudes and behaviors because they affect everyone else on the planet.  The awareness that it is humanity’s responsibility to be guardians, not desecrators, of the planet has been growing for the last fifty or sixty years, but that growth has now accelerated as the children and grandchildren of those earlier appreciators of your responsibilities take action commensurate with those responsibilities.  It is wonderful to see this enormous change occurring as awareness grows.
You are the Golden Age for which you have been waiting!  And you are beginning to acknowledge and accept that fact.  The awareness that this entails is leading you forwards to establish institutions and organizations whose purpose is to promote and honor those responsibilities.  Because so many are now involved, not only is this movement unstoppable, but also those involved are finding that they are not alone, as frequently they seemed to be, as they seek ways to repair the damage that has been done and to prevent further damage from occurring.
As the intent to be responsible, loving guardians replaces the urge to be powerful abusers of the environment, the whole collective consciousness of humanity is changing and adapting, and this is enabling the essential changes to your lifestyles to be acknowledged, discussed and acted upon, willingly and enthusiastically.  The desire to be loving, caring, responsible partners with, and residents of, planet Earth is now the collective intent of humanity, and so it will be achieved.
Yes, a major breakthrough in awareness is occurring right across the planet, which will engage most fruitfully with the divine energies enveloping you and bring into effect the changes necessary to ensure an abundant, safe, and peaceful earthly environment which future generations of humans can enjoy and in which they can flourish.  It is an illusion, but it is becoming one in which you will be able to delight and enjoy yourselves until you are ready to release it and return to your original state of oneness with God.
With so very much love, Saul.
Geplaatst door Meline Lafont op 4:58:00 PM