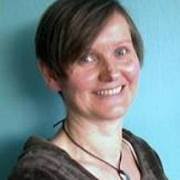 December 15, 2014 in Words of inspiration
Beloved family of light! My sister and I have just been through such a powerful experience, I have asked her to help me to share it with you. For this morning, my sister asked me to come and look at something she had been guided to connect with, and it was about Tintagel on the West Coast of England. I felt tingles all over my body and I told her “this must be so important, for there has been a lot of talk about King Arthur and Merlin at the Pond the last couple of weeks”. She was not aware of this, because she very rarely read anything that is posted here, not even the messages that I channel. After I had read through the link she showed me, I said to her that I felt we should sit down and meditate together. She agreed, and we both felt guided to prepare by taking the time to light incense and read a prayer to Mother Nature and using my Tibetan singing bowl to mark the occasion. We also brought in three feathers that we have been gifted over the last two years, an owl’s feather and an eagle’s feather from the area around Lake Gjendeand a hawk’s feather we found during our week in Crete. We also brought the two pieces of yellow quartz we found at Lake Bygdin this summer, one for each of us.
This is what my sister has to share about this: