Your Perceptions of Reality 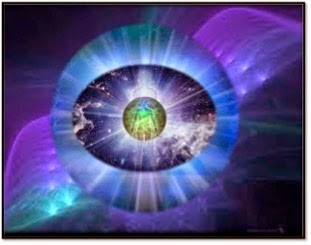 Dear grounded expressions of your SELF, the physical structure of form in this quadrant of space is preparing to burst into the higher frequencies of spirit. By ‘spirit’ we mean that which is infused with the light of creation.

This light of creation serves as a higher dimensional palette upon which thought can be projected and enlivened by the ‘colors’ of emotion. The Arcturian’s galactic service is to be of assistance whenever a transmutational moment comes into the NOW of any quadrant of space.

We have many ways in which we facilitate your process of “return to SELF.” The greatest challenge is that un-informed humans may perceive the transmutation into lightbody as a form of ‘death.’ They do not understand that death is merely a release from the 3D matrix of illusion.

In fact, this release from the matrix is actually a bi-location. We remind you that nothing can die within the multiverse, but it can transmute into a higher or lower frequency of expression. As we have said, the consciousness of humanity is about to transmute into higher frequencies of expression that resonate beyond the illusion of time.

With the completion of this transmutation, you will experience myriad realities within the ONE of the NOW. You will then realize that you can maintain a conscious awareness of more than one of your higher dimensional realities while you still maintain and/or wear an earth vessel.

Unfortunately, many humans are still so attached to the physical reality they have known as real for myriad incarnations that they resist the process of transmutation.

Thus, while the inhabitants of these frozen moments cling to their physical version of life and believe that all around them is being lost, the transmuting ones are creating a perceptual pathway to fifth-dimensional New Earth.

The inhabitants of the frozen moments may even believe that they are the final ones to survive what they perceive as destruction. Those who are resistant to change will no longer be on the third dimensional matrix, as that matrix will no longer exist.

Due to the belief patterns of the inhabitants, this lower dimensional reality will be filled with fear. However, it will allow those who have lived a life of selfishness, power over others, anger and/or cruelty the need to work with others in order to survive.

In this manner, the frightened victims and victimizers of the frozen moments both have a reason to care for others, find their power within, and allow the sadness and fear, which was the basis of their lives, to be released.

We perceive these ‘islands of resistance to transmutation’ as hospitals in which those who cannot accept change can experience more of the illusion of time to prepare for the transmutation of darkness and fear into light and love.

Most of these lost ones fear change because of their own unresolved trauma. As they resolve their inner trauma by assisting others, their fear can be healed and released.

Fortunately, there are many who are more than ready to release their fear and return to their innate unconditional love. This release of fear, resolved or not, will lighten their consciousness more than they can imagine.

Those who are still bound to the third-dimensional paradigm believe that it takes a long "time" to heal trauma. However, since time no longer exists in the fifth-dimensional matrix, the release of trauma is instant.

On the other hand, while the lost ones’ consciousness is attached to the time-bound, 3D matrix, even transmutation takes time. Time was put into lower matrix realities so that the inhabitants could slow down their process of creation to understand exactly how thoughts and emotions combine into ONE thought-form to create portals.

These portals are two-way in that they allow their creators to enter and/or leave any given reality. Many of our volunteers for ascension are taking time to heal their lower frequency experiences within ‘past, present or future’ lives.

In this manner they can learn to assist those who are so lost in darkness that they cannot perceive the light. When they move through time to heal what they perceive as other lives, they will begin to understand that time is a third-dimensional illusion.

The breaking down of the NOW into time is similar to one of your motion pictures. There are many individual pictures strung together on a long film to which the light of the pictures can adhere.

When this film travels very fast, the pictures blur into one motion picture. Of course, in your present reality, film is no longer needed and many motion pictures stream through a ‘cloud’ to invisibly move from one computerized device to another.

Those trapped in time are similar to the motion pictures in that something is in-between every picture. This something in-between causes time. When a ‘movie’ is streaming through a ‘cloud,’ which is of a frequency that is not perceptible to third dimensional perception, the physical devices can easily capture that frequency of light and display the moving picture on the view screen of that device.

In the same manner, your consciousness can capture the ‘motion pictures’ of fifth dimensional reality, but it can only do so if your perception is calibrated to the frequency that can capture those light images. Of course, if you believe that perceiving the fifth dimension is not possible, then it will become impossible.

Fortunately, once you believe that you can expand your consciousness into the higher frequency of perceptions, you can calibrate your mind to the fifth-dimensional ‘cloud.’ Once your consciousness is calibrated to the frequency of the cloud that is transferring the moving pictures of fifth dimensional earth, you will begin to project this ‘movie’ onto your inner mind screen.

What you must remember now in preparation for fifth-dimensional New Earth is that your every thought and emotion creates the picture/reality that you paint on your reality screen. In this manner, you create that which you perceive and perceive what you have created. In fact, in the higher dimensional realities, creation and perception are the same concept.

You create your reality by the perceptions to which you choose to attend, and you perceive the reality that you created with your thoughts and emotions. Even while holding an earth vessel, unconditional love expands your consciousness enough to allow you to capture higher dimensional ‘motion pictures’.

When you are in alignment with the ONE, there is no “time,” as you live in the NOW. Within the NOW, you are infinitely connected with all the expressions of your Multidimensional SELF.

Hence, your Multidimensional SELF can chose to visit the lower frequencies, much as one would visit a university of learning. What YOU wanted to learn in this “University of Earth” was how to ascend a planet without destruction.

Unfortunately, many of you fell out of alignment with the NOW of your SELF and became lost within the third dimensional paradigm of time and separation. That is when you began to forget that you are a being of light that cannot be harmed in any manner by the illusions of a lower frequency reality.

The third dimension is similar to an old-fashioned movie theater where light from the back of the theater carried the moving pictures to be displayed on the screen. If you were to stand between that screen and the projected light, the moving picture would project onto you.

These projections of light could not hurt you unless you had the fearful thought that themoving pictures could harm you. Since what you think and feel is projected onto the matrix of the 3D hologram, your concerned thoughts and fearful emotions could actually create a version of reality in which you do suffer harm.

Then, they began to believe that they WERE the character in the movie rather than the light that created the character. Since your belief greatly influences your perceptions, it is vital that you consciously chose and adhere to positive, loving beliefs.

Which reality do YOU choose to perceive?